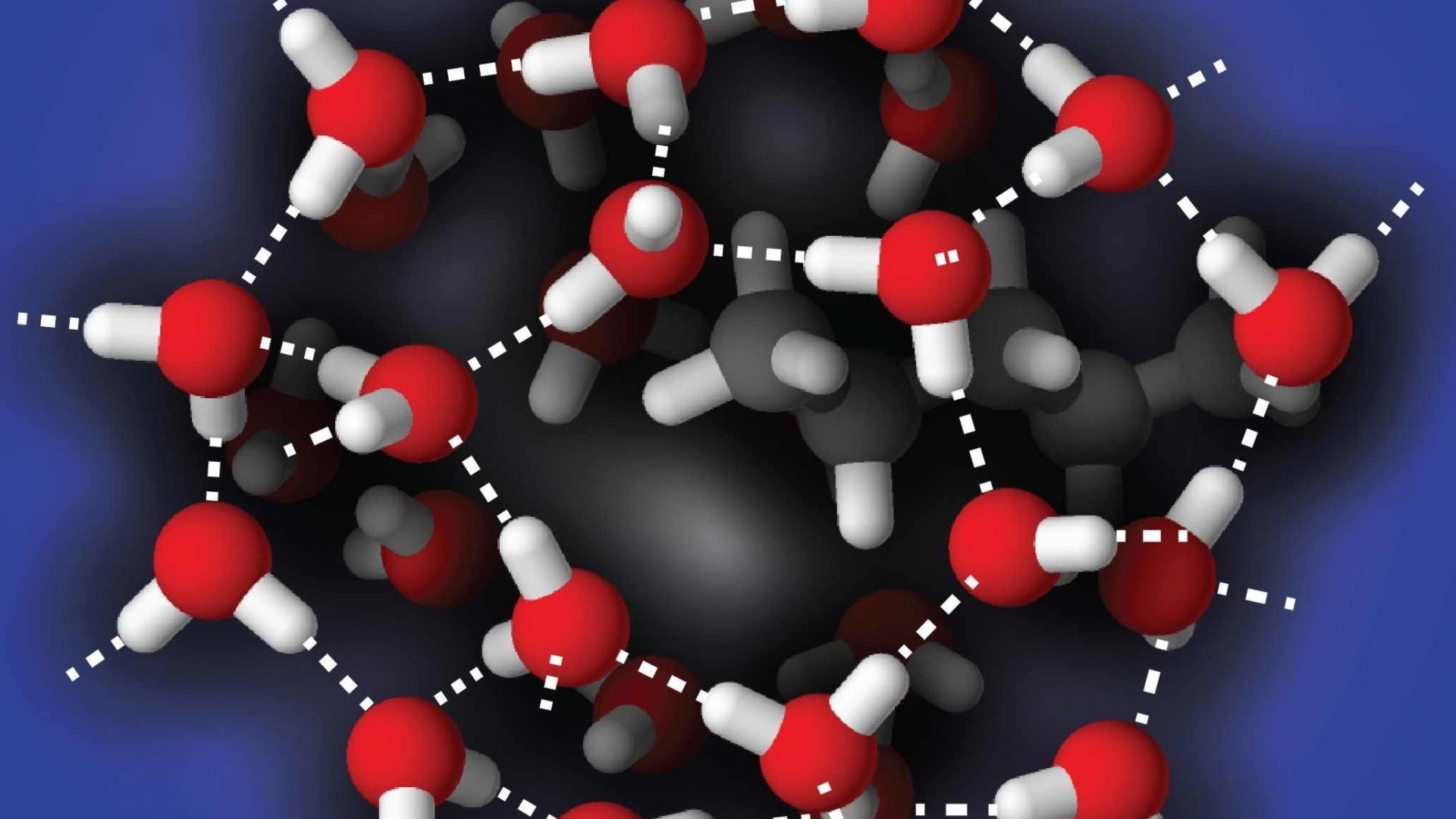 Water is surprisingly ordered at the nanoscale

Researchers from AMOLF and Swiss EPFL have shown that the surface of minuscule water drops surrounded by a hydrophobic substance such as oil is surprisingly ordered. At room temperature, the surface water molecules of these droplets have much stronger interactions than at a normal water surface.  This may shed new light on a variety of atmospheric, biological and even geological processes.

Nanometric-sized water drops are everywhere – in the air as droplets or aerosols, in our bodies as medication, and in the earth, within rocks and oil fields. To understand the behavior of these drops, it is necessary to know how they interact with their hydrophobic environment. This interaction takes places at the curved droplet interface, a sub-nanometric region that surrounds the small pocket of water. The researchers were able to observe what was going on in this particular region. They discovered that molecules on the surface of the drops were much more ordered than expected. Their surprising results will be published in Nature Communications on May 24th, 2017. They pave the way to a better understanding of atmospheric, biological and geological processes.

Unique perspective on miniscule droplets
The researchers used a special technique called vibrational sum frequency scattering to study the structure of the surface of water droplets. In this technique two extremely short and intense laser pulses are directed at the water droplets: an infrared beam and a visible laser beam. When these two laser beams together hit the surface of the droplet, they generate light at a new color that provides specific information about the outermost molecular layer of the water droplets. AMOLF group leader Huib Bakker is excited. “It is hard to detect the extremely weak and divergent light generated at the surfaces of such small droplets. I am glad that together with our collaborators of the group of Sylvie Roke in Lausanne, we succeeded in detecting this light. So far we are the only research groups that managed to do this.”

Hydrogen bonding as strong as in ice
The surface of the water droplets turns out to be much more ordered than that of normal water and is comparable to super cooled (liquid < 0 °C water) water in which the water molecules have very strong hydrogen bond interactions. In ice, these interactions lead to a stable tetrahedral surrounding of each water molecule. Surprisingly, this type of structure was found on the surface of the droplets at room temperature “The surface behaves as if the temperature is about 50 degrees lower”, says Bakker.  “We did not expect this.”

Chemical processes
This research provides valuable insight into the properties of nanometric water drops. “The chemical properties of these droplets depend on how the water molecules are organized at the surface, so it’s really important to understand what’s going on there,” explained Bakker.  Further research could target the surface properties of water droplets by adding salt. This would make a more realistic model of marine aerosols that consist of salty water surrounded by a hydrophobic environment. Salt may either enhance the water network or reduce its strength. 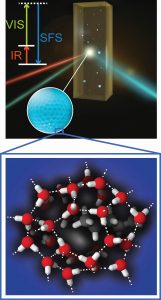