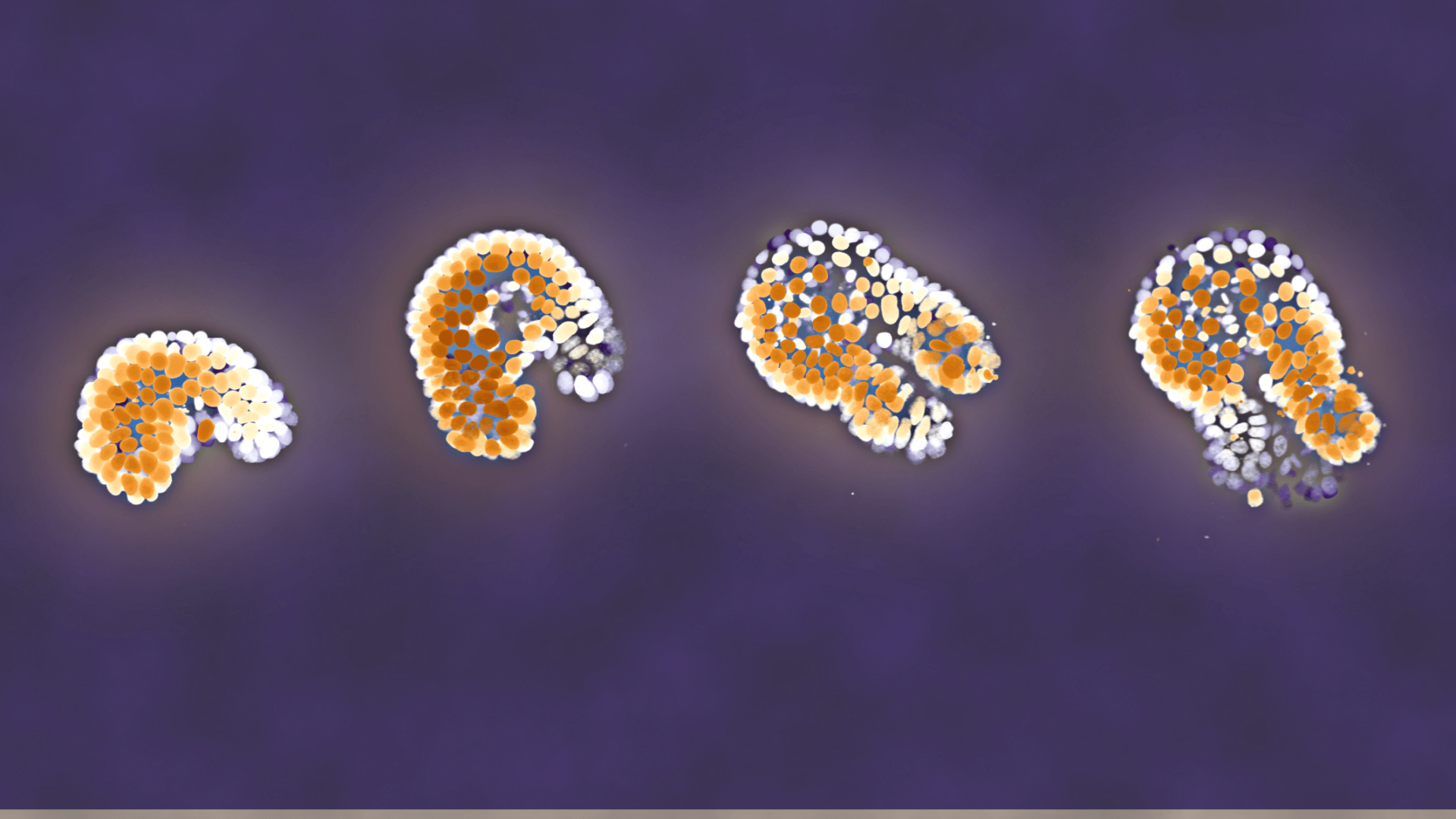 Autonomy can be defined as the ability to independently adapt, optimize, regenerate, and learn. Autonomous functionality is increasingly employed in man-made systems, but remains limited when compared to nature, where even the simplest cells exhibit autonomy in abundance. Within the Autonomous Matter department at AMOLF, we study autonomous functionality in an emerging class of systems at the intersection of chemistry, physics, biology, and engineering.

Central to this new direction is a shift in thinking. Whereas engineering traditionally strives to maximize control through centralized architectures and functional separation, cells optimize robustness by integrating functions locally. Biology exploits the dynamic interplay between properties that are traditionally left unharnessed in man-made systems, like diffusing building blocks, energy consumption, force generation, mechanical instabilities, feedbacks, and growth balanced by targeted destruction. How these phenomena are integrated to yield self-organized systems that are robust yet dynamic presents a range of open questions. Moreover, embedding these traits within chemical and soft-matter systems promises a next generation of intelligent materials.

Aims and questions
Our overarching goals are to elucidate the principles of autonomy, and to create a new class of autonomous matter that performs complex functions in a self-organized fashion. This initiative builds on our core strengths in molecular and cellular biophysics, bio-inspired chemistry and robotics. Topics include out-of-equilibrium chemical reaction networks that exploit diffusion and feed-backs to achieve spatial patterning, the regulation of multi-protein complex assembly by the coordination between ribosomes, self-learning in modular robotic systems that allows them to adapt to their environment, the spatio-temporal dynamics of cells that underlies organoid formation and homeostasis, and the spatio-temporal organization of receptor proteins that enables immune-cell recognition. Within these systems, we study the following questions:

Dynamic assembly and disassembly. An important feature of autonomous matter is their capacity to adaptively assemble and disassemble, and hence repeatedly form and destruct structures, enabled by the dynamic displacements of its building blocks. This process is associated with a host of questions: Can we control assembly by local cues or energy-driven processes? Can 2D confinement or signalling enable novel forms of self-organization? Can we exploit shape for novel types of catalysis? Can we evolve robotic swarming? Can we evolve reactive assembly networks? Can we define and manipulate shape landscapes?

Spatio-temporal organisation. The ability to self-organize in space and time is a crucial feature of autonomous systems, enabled by (dis)assembly in combination with other phenomena, in systems ranging from protein-membrane hybrids to soft robots. Spatial self-organisation gives rise to a range of questions: What is the role of molecular gradients in spatial cellular organisation, and can we exploit them in chemical reactions? How can the exchange of signals enable other forms of spatio-temporal organisation? Which possibilities are opened up by energy-powered movement? What can be achieved by entropic and other passive effects?

Programmability. A next level of control in autonomous systems is the ability to program self-organized behavior, which may for instance be achieved in biological systems at the DNA level and in robotic systems at the algorithmic level. Key questions are: Can we achieve programmability in actuated metamaterials? How do immune cells use spatial protein patterning to achieve specificity for many targets? Can we use DNA sequence specificity as a basis for programmable adaptive materials? Can we elucidate the role of dynamic cellular movements in developmental programs?