AMOLF’s mission is to initiate and perform leading fundamental research on the physics of complex forms of matter, and to create new functional materials, in partnership with academia and industry. 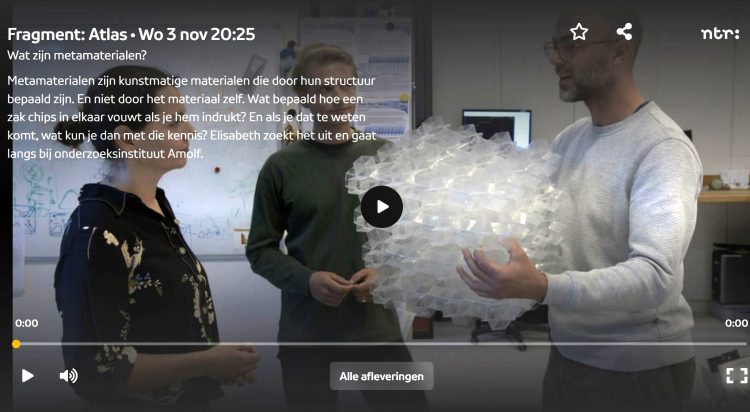 Find out more about our organization and ‘The AMOLF way’

AMOLF is part of the institutes organisation of NWO

Would you like to receive a hard copy of one or more of these files, then please send an e-mail to the communications department.

We started a program in which we offer university group leaders a part-time position at AMOLF, to intensify the collaboration with their research groups. At present two of these positions are filled, by Wim Sinke (Professor of Sustainable Energy, University of Amsterdam and ECN), and by Marjolein Dijkstra (Professor of Soft Condensed Matter, Debye Institute, Utrecht University). In the coming years, we aim to significantly strengthen this program.

See the list of former group leaders who contributed to AMOLF’s research in the past. 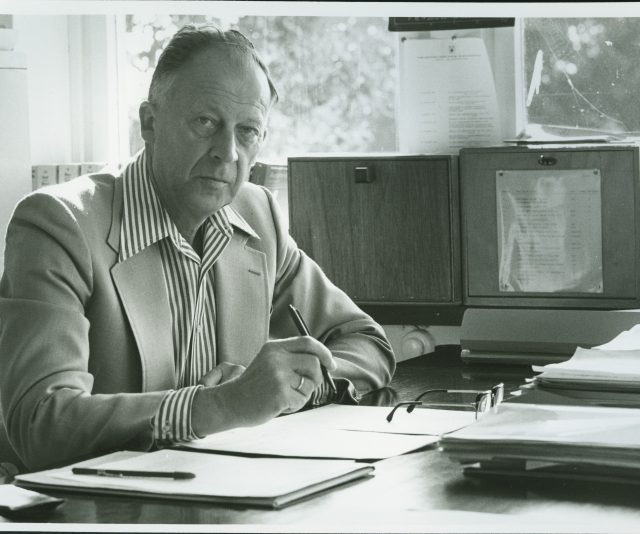 In 1946 the Dutch government established the Foundation for Fundamental Research on Matter (FOM) ‘to initiate fundamental scientific research in the Netherlands on matter in the general sense, and to support higher education’. In order to achieve this goal, the FOM Laboratory for Mass Spectrography was founded. The institute’s name was changed to Laboratory for Mass Separation in 1960, and then to FOM Institute for Atomic and Molecular Physics (AMOLF) in 1966. The name changes reflect the significant changes in the institute’s research program over the years.

As of January 1, 2017, FOM forms a new organization together with other parts of NWO. The name ‘FOM’, therefore, disappears after more than 70 years. As a result of this, the FOM Institute AMOLF changes its name to AMOLF.

Picture: Jaap Kistemaker (1917-2010), founder of AMOLF and a pioneer in the field of uranium isotope separation. He led AMOLF from 1949 until his retirement in 1982.