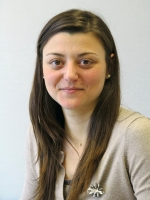 After earning her PhD in 2009, she joined Professor Tripathy’s group at the Institute of Materials Research and Engineering (IMRE) in Singapore to work on efficient UV-light semiconductor devices. Thanks to an International Outgoing Marie Curie Fellowship, she moved to Berkeley for two years, working under the supervision of Prof. Joel W. Ager (LBNL) and joined Prof. Anna Fontcuberta i Morral’s group  (EPFL) afterwards to work on different areas related to solar energy conversion. Before moving to Amsterdam, she was working as an Ambizione Energy group leader at Fontcuberta’s laboratory, in EPFL.