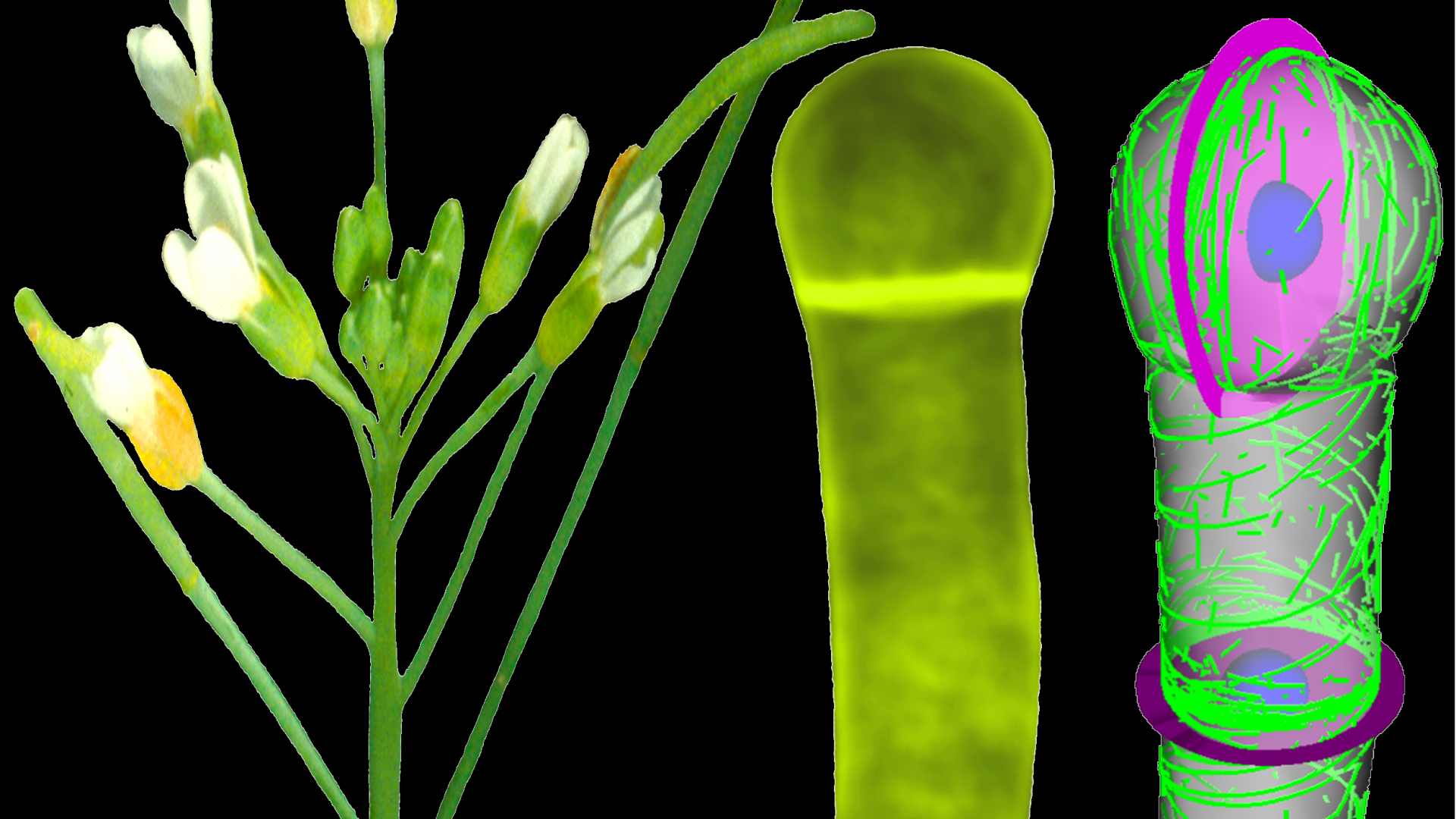 Scientists of Wageningen University & Research and AMOLF have found an answer to a fundamental question botanists have been asking for over a century: how do plant cells know in which direction to divide? “We finally understand for the first time how the mechanism may work,” says Wageningen University development biologist Ben Scheres. “This fundamental knowledge about plant development can help us steer the architecture of plant tissue, which is important for the improvement of crops.” The study was published on 20 September in the journal Current Biology.

Scientists have occupied themselves for more than a hundred years with the regular patterns in which plant cells arrange themselves. In all the growth points of plants – the places where stems and leaves appear – as well as in the early embryo of the plant, cell divisions proceed in specific directions. As plant cells are surrounded by a cell wall that they share with neighbouring cells, the directions of the cell division determine the regular structure of the plant tissue. A collaboration between Wageningen cell biologists and development biologists has now led to the first explanation for how plant cells ‘know’ in which direction to divide during the earliest stages of development.

“Over time, a number of geometric rules have been observed which more or less predict the division orientation of plant cells,” explains Ben Scheres, who leads the research team together with theoretical biophysicist and AMOLF group leader Bela Mulder. “Until now, those rules had not been linked to molecular processes in plant cells, which is exactly what this study does.”

Previous work – in the Mulder group for instance – has shown that microtubules, protein polymers that form part of a plant cell’s skeleton, can structure themselves spontaneously through mutual interactions. PhD student Bandan Chakrabortty used advanced computer simulations to discover that this arrangement strongly depends on the shape of cells. He combined this spontaneous arrangement with two rules that take into account the influence of the plant growth hormone auxin and the influence of the CLASP protein that helps microtubules grow while being bent in corners of the cell. Therefore the division patterns of the early embryo are the result of molecular interactions in the cells.

State-of-the-art techniques
Next, the scientists tested the predictions of the model in embryos in which auxin signalling or the CLASP protein was disrupted. Thanks to state-of-the-art techniques for visualising microtubules in early seeds the scientists were also able to test other predictions of the computer models. The related work was published in the leading biology journal Current Biology.

Possible applications
Knowing how cell division orientation is controlled enables scientists to devise ways to adapt the arrangement of plant cells. This can, for example, affect the efficient absorption of nutrients and tolerance against drought. “In the future we might, for instance, say that we want a double layer of cells on the inside of a plant to make it more resistant to drought,” Scheres concludes. 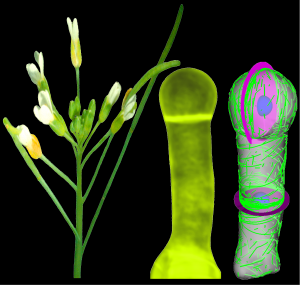 Left: Arabidopsis plant with flowers. Seeds containing the embryonic seedling are developing in the pollinated flowers. Middle: two-cell embryo. Right: computer simulation of the orientation of the cell skeleton in the embryo (in green) predicts the direction of the division plane (in purple).