Today the Royal Academy announced that AMOLF group leader Said Rodriguez is one of the winners of the Early Career Award. With this new prize the Academy wishes to reward talented researchers that have just started their career in the Netherlands. To further develop their original research ideas, the group of twelve researchers are rewarded today by the Academy. The prize consists of 15.000 euros and an artwork. 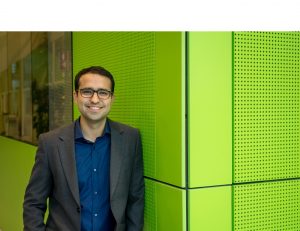