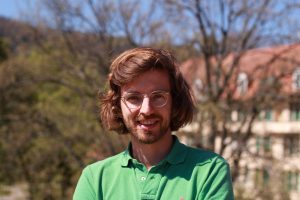 Research plans
Quantum information processing (QIP) could be useful for solving problems that classical hardware cannot, with envisioned applications ranging from solving mathematical optimization problems to the rational design of organic molecules and functional materials. Superconducting circuits, operating at microwave frequencies and cooled to mK temperatures, have rapidly developed as one of the most advanced architectures for QIP, as highlighted, for example, by the recent demonstration by Google of ‘quantum supremacy’ – the exponential speed-up of a quantum computer over a classical computer. Optical photons, on the other hand, are ideally suited as long-distance carriers of quantum information.

This proposal aims to build an interface between microwaves and optical photons, which would help to develop a modular large-scale quantum computer by connecting multiple superconducting circuits in physically separate dilution refrigerators through optical photons. To mediate this microwave-to-optical conversion, I will use acoustic waves trapped in high-quality crystals, which have been recently shown to couple efficiently to both optical and microwave photons. In other words, I will use music as a bridge between light and microwaves.

NWO awarded 18 researchers with a Rubicon grant to enable them to carry out their research abroad. With the program NWO wishes to enable young and talented researchers to acquire international research experience.