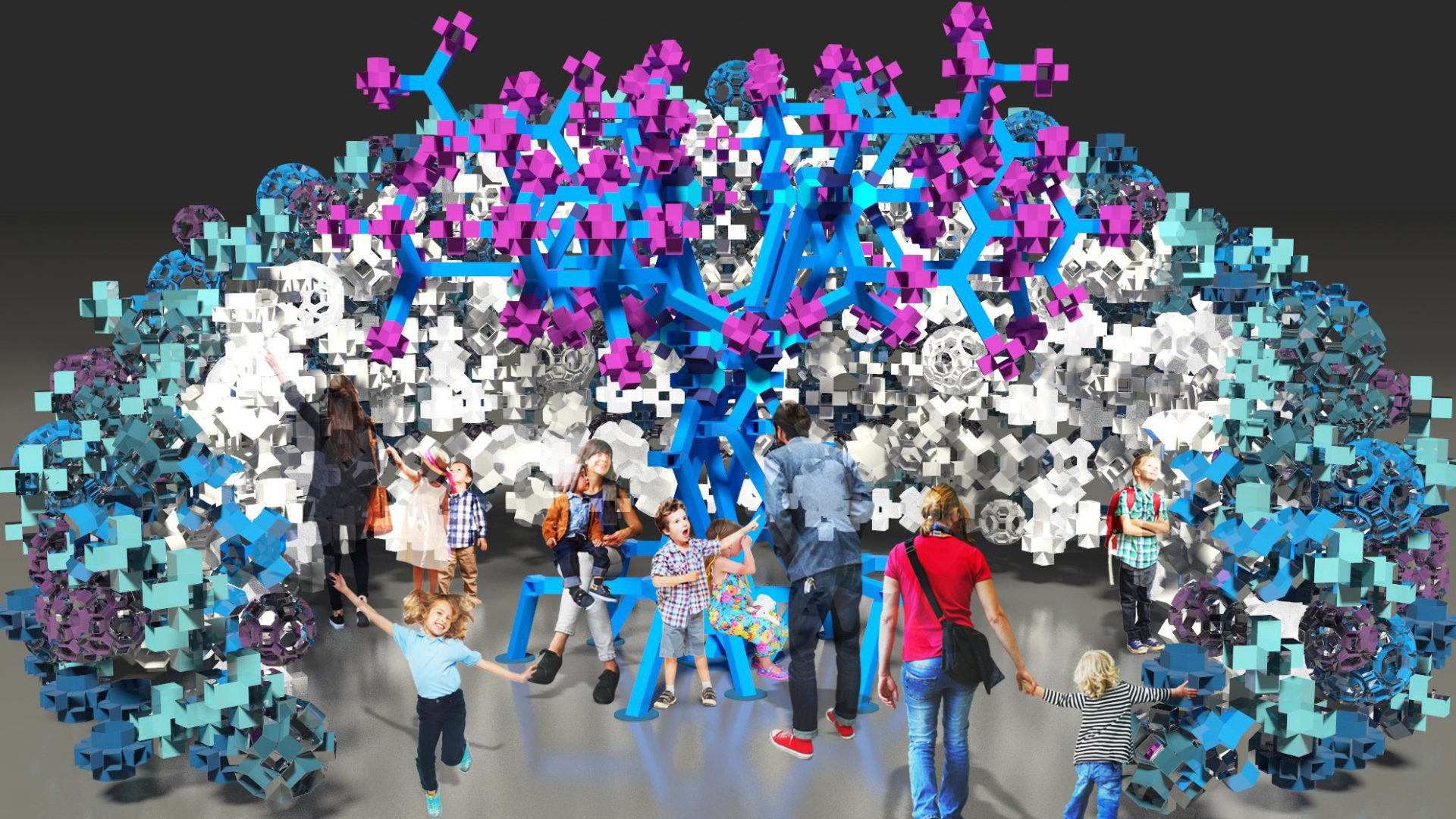 On October 25th at the Cinekid Festival in Amsterdam, AMOLF scientific group leader Bas Overvelde received a grant to build an interactive art installation. It is one of three original media artworks that will be produced following the “Supernatural: stories of worlds to come” international call for projects (les voyages de capitaine future). The installation is called “The Edge of Chaos” and is designed by the Soft Robotic Matter Group (Amsterdam). Bas Overvelde and designers Vasilija Abramovic, Ruari Glynn from the Interactive Lab are stoked about the news and are gearing up to start building the structure. Upon completion, the art installation will go on tour in Europe (Paris, Amsterdam, Namur) to be exhibited by all four organizers of the competition: Cinekid, la Gaîté Lyrique, KIKK and WoeLab.

“Edge of Chaos”
What happens between order and chaos? The interactive art installation “Edge of Chaos” invites visitors to cross boundaries and experience this balance point between highly ordered and turbulent systems. The installation uses geometries developed in Overvelde’s research group and a kinetic installation to create a bewildering atmosphere. Rather than assembling the building blocks in a precise and systematic way, the “Edge of Chaos” installation mimics the design process of the future, where new materials, technology and ideas will emerge from turbulent processes and where artificial intelligence plays a major role. For AMOLF, the project addresses some key principles that are important to the institute. It tells a story about our technological world and it induces a collaborative culture that allows the active participation of children and the co-constructing of creative knowledge: learning by experimenting together.

“Edge of Chaos” is a collaboration with the Interactive Lab at the Bartlett School of Architecture in London (www.interactivearchitecture.org).

“Edge of Chaos” will be exhibited in 2018 at the following locations:

IALab commissioned to build The Edge of Chaos