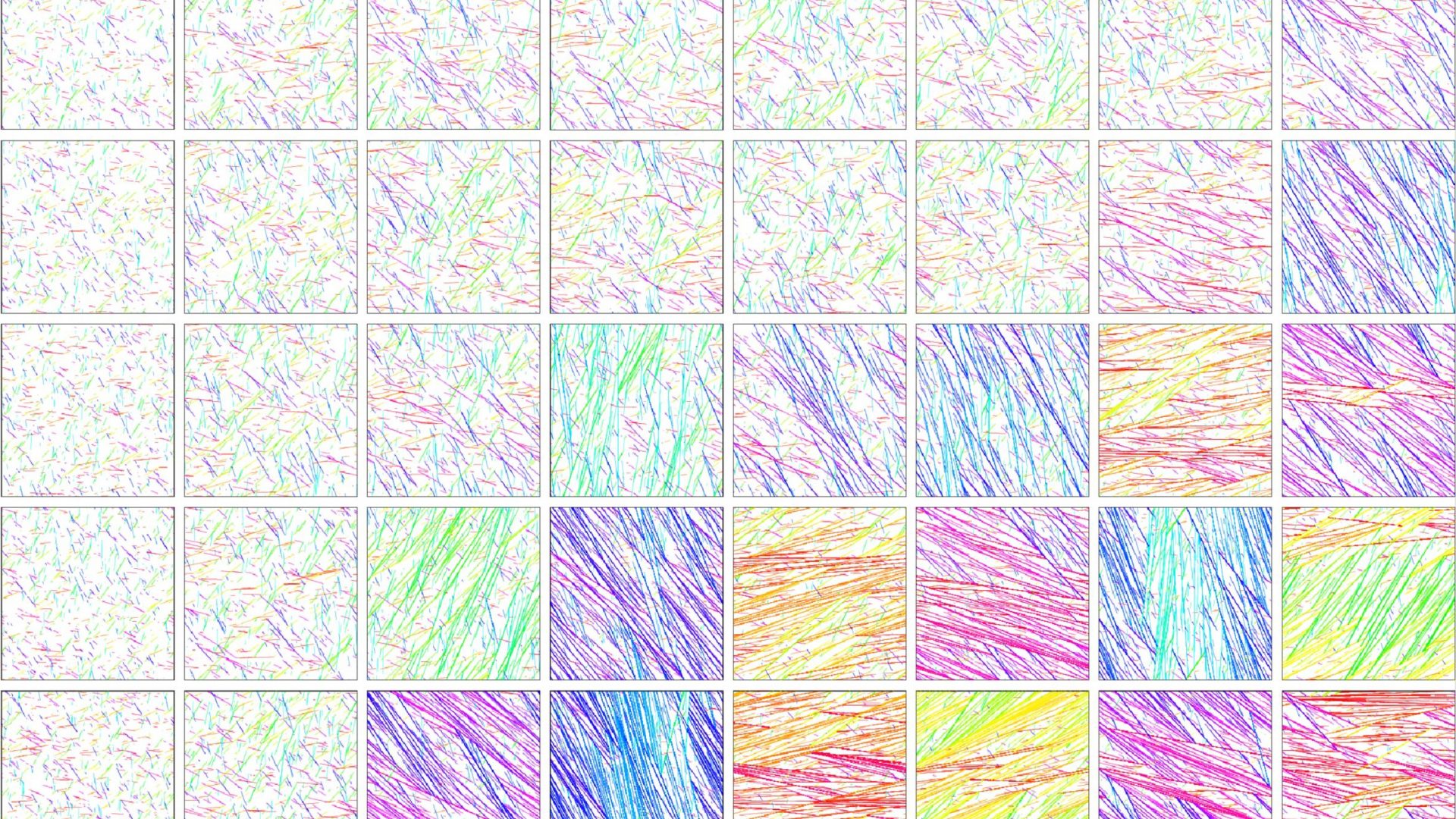 While the green nature that surrounds us flourishes, researchers from AMOLF and Wageningen University & Research reveal the secrets of a special protein that conducts this plant growth. Using a smart simulation program the researchers found out how this protein named katanin operates. They published their findings on June 19th in the journal PNAS.

Katanin, named after the Japanese word for samurai sword (katana) lives up to its name. The protein severs the microtubules – tube-like protein structures that serve as a scaffold for the basic building blocks of plants such as cellulose – at both the right time and the right place. Partly as a result of this, the microtubules grow in the right direction and they guide further growth and division of the plant cells and consequently the development of the entire plant.

Extending microtubules
Microtubules can grow up to several tens of micrometers in length. They are located along the entire inside of the plant cell membrane and stretch out along the inside of the cell. The growth and division of a plant cell always takes place perpendicular to the direction in which the microtubules extend. “You can compare the cortical microtubule array (the scaffold structure formed by the microtubules, ed.) with a corset that you can unfold,” says Eva Deinum, first author of the publication and university lecturer at Wageningen University & Research (WUR). “Internally, plant cells are under considerable pressure, as a result of which they want to expand, grow and divide in all directions. The array determines in which direction that happens.’

Not indiscriminate severing
For a long time it was thought that katanin gave rise to more chaos because the number of degrees of freedom increases if the microtubules are severed in two. This conclusion proved to be too shortsighted, however. The group of researchers – all of them AMOLF alumini – under the leadership of Bela Mulder, who has been studying at AMOLF the cortical microtubule array since 2006, discovered that the protein does not severe indiscriminately. It works according to a fixed strategy, which guarantees that all of the microtubules grow in the right direction. “The microtubules are programmed in such a way that if they collide with each other – and therefore come into contact with each other – they stop growing and even start to shrink,” says Mulder. “That is the basic mechanism underlying the organization. The katanin comes into action as a backup to this basic mechanism, if two microtubules cross each other without colliding, in other words if they do not grow in the same direction. Here we can see that the protein usually severs the microtubule lying on top, i.e. the tube that arrived last.”

With these observations the researchers have solved the ‘katanin paradox’. They have demonstrated that katanin guides a selection mechanism that promotes the organization of the microtubules – the corset in which they are packed together.

‘In silico’ tests
A vital aspect of the research was the simulation program that Mulder’s group used. This was originally developed by his former PhD student Simon Tindemans and subsequently expanded and refined by Eva Deinum during her doctoral research at AMOLF. Using that program the researchers could observe how small variations in the katanin protein led to radically different severing behavior, which resulted in complete chaos. In the simulations, the group performed ‘in silico’ tests of the effect of various possible mutations on the protein’s functioning. This revealed that only the natural, non-mutated variant possessed the correct severing strategy.

The high simulation speed achieved thanks to the smart algorithm was crucial for the success of the research says Deinum. “As a result of this we could run simulations 10.000 times faster than those of competing research groups. We not only worked far faster but we could also test more variations of external parameters and conditions. This made a qualitative difference to the results we obtained as well. For example, we could accurately determine the conditions under which the kantanin protein promoted the ordering.” 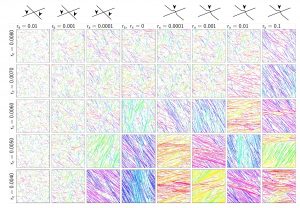 Snapshots of computer simulations illustrate the effects of the different ways in which katanin cuts and orders microtubule. The left part illustrates how the increasingly random way in which katanin cuts suppresses the structure. The right part illustrates how the structure improves as a result of selective cutting of the microtubule that lays on top of the crossing.