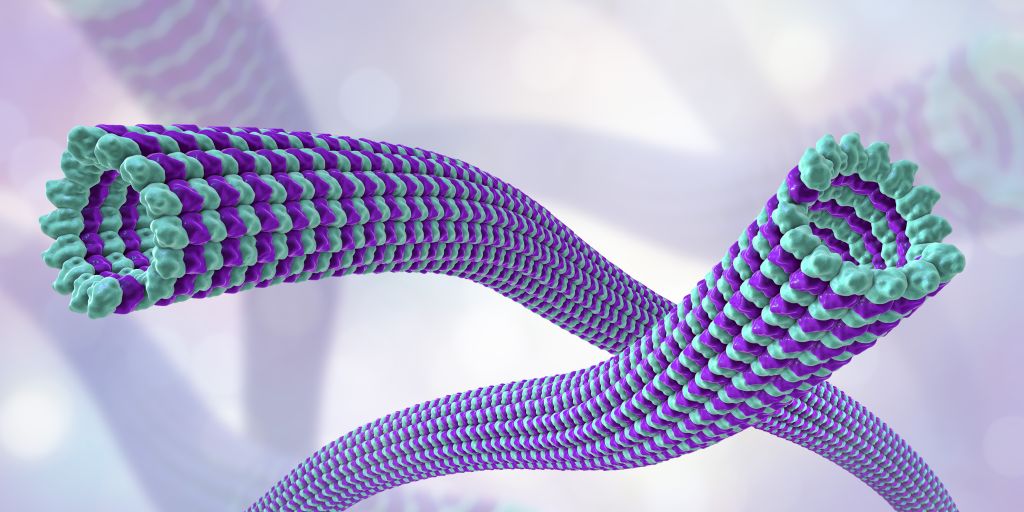 AMOLF researchers present a theory that describes the friction between biological filaments that are crosslinked by proteins. Surprisingly, their theory predicts that the friction force scales highly non-linearly with the number of crosslinkers. The authors believe that cells use this scaling, not only to stabilize cellular structures but also to control their size. The new findings are important for our understanding of the dynamics of cellular structures such as the mitotic spindle, which pulls chromosomes apart during cell division.

Motor proteins versus frictional forces
Many cellular structures consist of long filaments that are crosslinked by motor proteins and non-motor proteins (see figure). These so-called cytoskeletal structures not only give cells their mechanical stability, but also enable them to crawl over surfaces and to pull chromosome apart during cell division. Force generation is typically attributed to motor proteins, which, using chemical fuel, can move the filaments with respect to one another. However, these motor forces are opposed by frictional forces that are generated by passive, non-motor proteins. These frictional forces are a central determinant of the mechanical properties of cytoskeletal structures, and they limit the speed and efficiency with which these structures are formed. Moreover, they can even be vital for their stability, because if the motor forces are not opposed by the friction forces generated by the passive crosslinkers, the structures can even fall apart.

Explanation
AMOLF group leader Ten Wolde and PhD student Wierenga have now developed a theory that explains these experimental observations. Their theory is based on the observation that biological filaments consist of a regular lattice of subunits, yielding a discrete set of binding sites for the crosslinkers. Ten Wolde and Wierenga predict that the filaments can only move if the linkers re-organize collectively. As a result of this collective reorganization, the friction forces increase very rapidly, i.e. exponentially, with the number of linkers.

The work of the authors has major implications for our understanding of the dynamics of cytoskeletal structures. In particular, the exponential scaling means that these structures essentially freeze when the crosslinker density exceeds a certain threshold; the frictional forces become so high that they prohibit any further movement. Cells may use this strong scaling to control the size and stability of cellular structures.