AMOLF group leaders Bruno Ehrler and Bas Overvelde have both received a Starting Grant of 1.5 million Euros from the European Research Council (ERC). The ERC uses this grant to support talented early-career scientists who have already produced excellent research, and show potential to be a research leader. 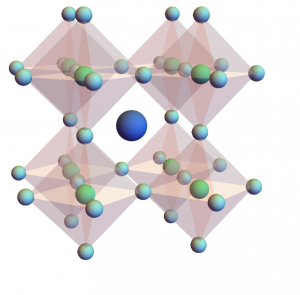 With the project “Synaptic Switching with Halide Perovskites” (SHAPE) Ehrler will study a peculiar effect in a novel material. This research could ultimately lead to devices mimicking the function of the human brain.
The brain, consisting of neurons that are connected by synapses, is the most efficient computing device known to us. If we could bring computers closer to the performance of the brain by emulating synapses and neurons, much lower-energy and faster computation would be possible.

The research focuses on a material that has unique properties: metal halide perovskite. This material is a semiconductor for electrons and for ions, but the electrons move much faster than the ions. It has caused a stir in the research field because it forms an excellent semiconductor for solar cells and LEDs with relatively easy and cheap processing. However, in these devices containing metal halide perovskite the migration of ions is typically undesirable and much effort has gone into suppressing it. Instead, Ehrler plans to use the ion migration to controllably imprint memory and threshold functions into semiconductor devices, which emulate the function of synapses and neurons.

Bas Overvelde (Soft Robotic Matter)
The use of soft materials in robots has emerged as a way to increase the adaptability of robots and their safe interaction with humans. Although soft robots will likely never achieve the precision of the more traditional ‘rigid’ robots, their inherent adaptivity pushes state-of-the-art developments towards new medical applications, such as rehabilitation and diagnostic devices, exoskeletons for gait assistance, and in vivo assist devices. However, despite exciting developments, there are still major challenges in the development of soft robots. In particular, the existing electronic control, intelligence and power of soft robots is too bulky to be embedded, and the power efficiency of soft robots is extremely low. 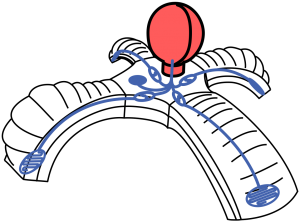 With the granted “FlowBot” project, Overvelde aims to ‘cut the tethers’ with external devices to increase the application perspective of soft robots. To reach this goal he will replace the electronics by dedicated soft fluidic circuits that will fully control and power the soft robot. He will start by embedding smart fluidic circuits containing fluidic sensors, to allow for direct feedback with the environment. Then, the fluidic circuit will be closed to allow the recycling of stored elastic energy that is currently lost after each actuation cycle. Finally, Overvelde will embed a reliable pressure source based on chemical fuel and regulated by soft fluidic circuits. Together, this research will pave the way for the first fully autonomous soft robots that are capable of operating for longer periods of time.