Traditionally, scientists have described origami using a rigid model. In this model, origami deforms only at the hinges, whereas the faces are completely rigid. Due to its simplicity this model has been widely used by scientists. Nonetheless, this model has some limitations, since it assumes that deformations take place only at the hinges, which is not always met in real life. Currently, scientists study origami using an elastic model. Elastic origami allows for the deformation of not only the hinges but also the faces. As a result, it allows new behaviors that are not possible with the rigid model, since the origami pattern can undergo additional deformations through new folding pathways. These new behaviors are important since they can be used in new generations of origami-inspired structures and devices.
However, the flexibility of elastic origami comes at a cost. Since origami behavior cannot longer be described by just the hinges, but also by the deformation of the faces, it is nearly impossible to describe it analytically. This results in three problems that I will address in this thesis. First, the additional deformation of the faces adds many parameters to the origami model that complicates the full scan of the origami behavior. Is it possible to simplify the model in order to study complex origami designs based on real life experiments? Second, the folding behavior of elastic origami is highly non-linear, making it difficult to map all the possible folding behaviors. Can we find a way to systematically characterize the deformation space in the elastic origami model? Third, any force gets dissipated by the elasticity preventing global uniform deformation. How can we obtain well-defined folding behavior in the elastic origami model?
I use origami-inspired metamaterials as case studies to resolve these questions. By taking origami designs as building blocks, they can be tessellated to fill space in order to build so-called mechanical metamaterials, i.e., materials that get their properties from their internal structure rather than their chemistry. These metamaterials can be made to exhibit internal mechanism that alter shape and with that functionality. Nevertheless, the same approach can be used for any other origami pattern. These solutions shed light on the complex behavior of origami and gives specific guidelines to control it.
In order to address the problems of elastic origami, in this thesis, together with my collaborators, I first introduce an elastic origami model based on a bar-and-hinge model. We use this model to explore the folding behavior of origami metamaterials. In chapter 2 we describe the elastic energy of the elastic origami model that derives from three types of deformations, hinge bending, face stretching and face bending. We also present the constraints that ensure that the structure behaves as close as possible to real life, such as maximum face strain and adjacent self-contact. 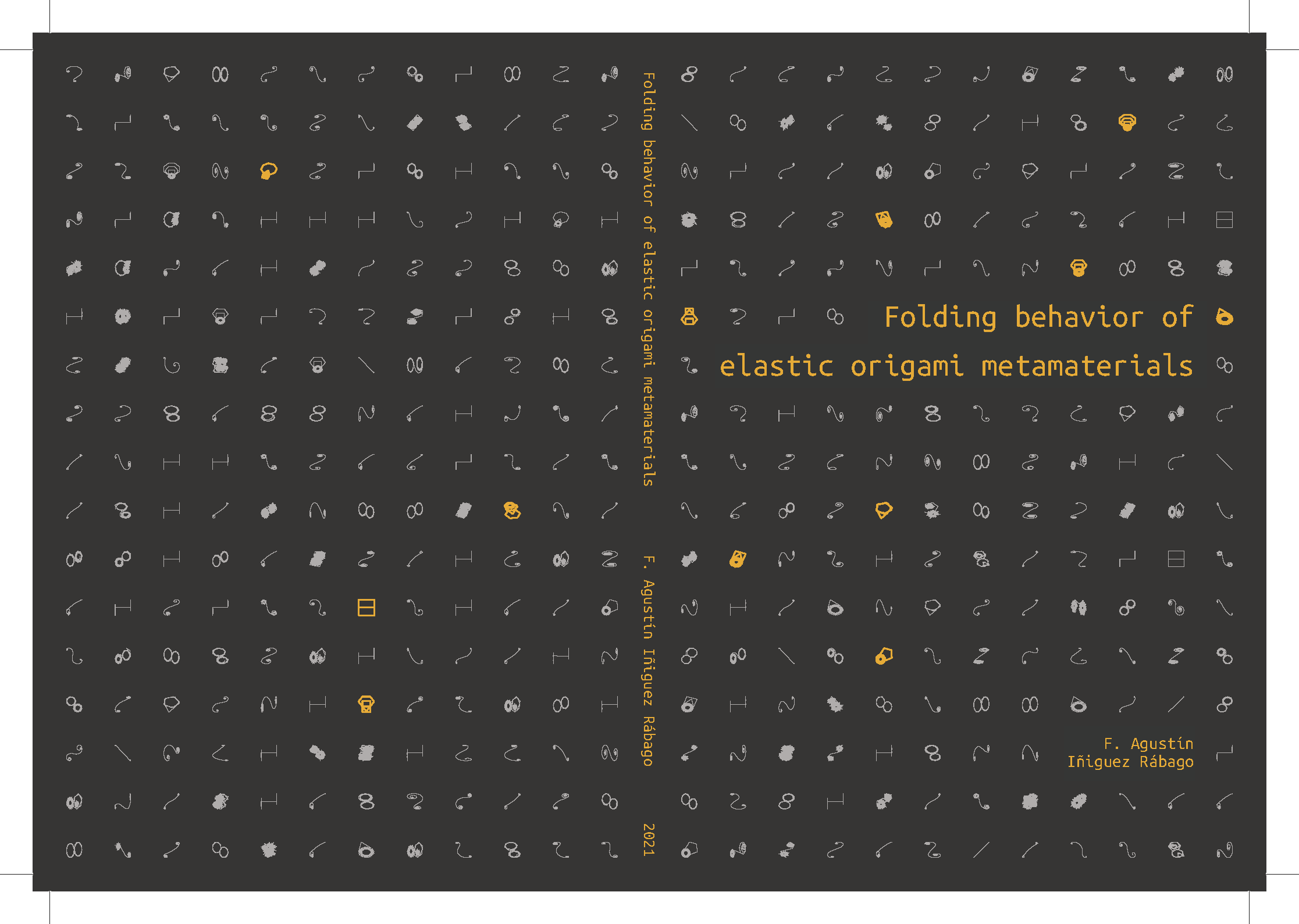