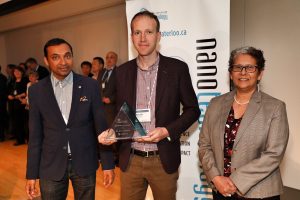 Bruno Ehrler (group leader Hybrid Solar Cells) has won the WIN Rising Star Award of the year 2018. The prize is a new initiative from the Waterloo Institute for Nanotechnology (WIN), part of the Canadian University of Waterloo on the occasion of the 10 year anniversary of the WIN. As the inaugural winner, Ehrler received the prize in recognition of his contributions to the advancement of novel solar cell materials and devices.

The prize ceremony was on June 5th, and on June 6th Ehrler delivered his talk at the International Symposium: Frontiers in Nanoscience and Nanotechnology at WIN. 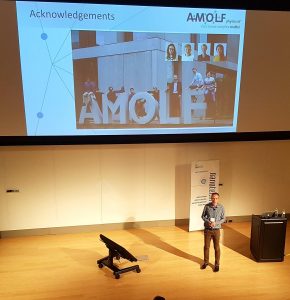