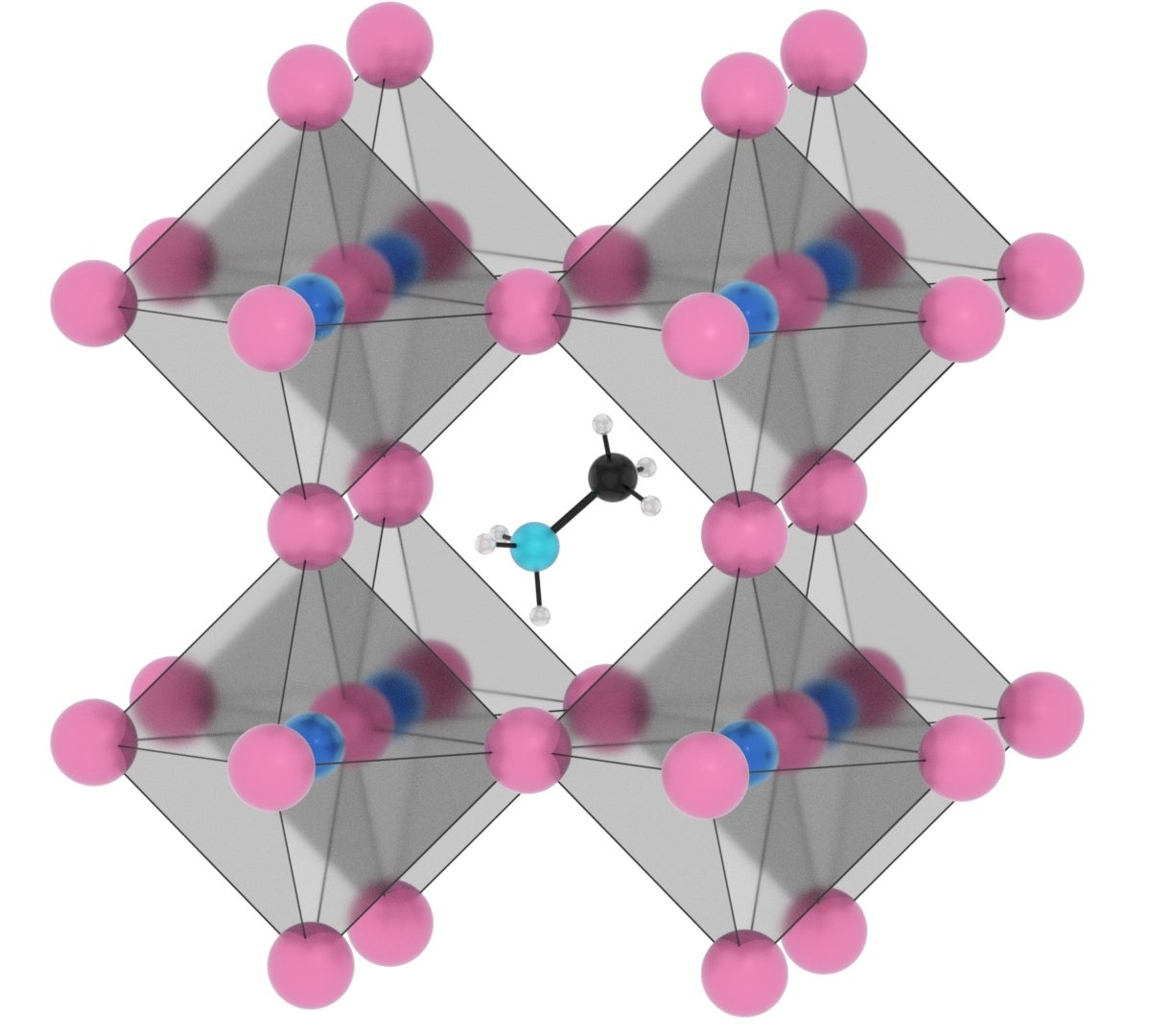 Physicists at AMOLF have unraveled the mysterious working mechanism of a promising new class of materials for solar cells. Their pressure experiments with perovskite semiconductors had very counter-intuitive results, which could not be explained by the theory for conventional semiconductors. However, the results matched surprisingly well with a novel theory developed at Imperial College in London, predicting a peculiar band structure in perovskite materials. “Theory and experiments came together perfectly and helped us solve an important part of the perovskite puzzle”, says AMOLF group leader Bruno Ehrler, who published the results in Energy & Environmental Science on 23 December 2016.

A new material class based on lead-halide perovskite semiconductors is generating a lot of attention in the solar cell research community. Only five years after their incidental discovery, solar cells made from these perovskite materials reach efficiencies close to that of the best silicon solar cells. Furthermore, perovskites can be printed like ink, which makes cheap, large-scale production a realistic prospect. “Device progress is very fast, but at the same time we hardly understand why these materials perform so efficiently”, says Bruno Ehrler, head of the Hybrid Solar Cells group at AMOLF. “When light hits the active material of a solar cell, free electrons are generated, which can be extracted as electrical power. In perovskite materials, the free electrons live much longer than expected from a semiconductor with such a strong light absorption.”

Perovskite under pressure
The long lifetime of free electrons in the perovskite allows plenty of time for extraction of electrical power in solar cells. Ehrler’s team was hit by surprise, however, when they applied high pressure to a perovskite semiconductor (methylammonium lead iodide perovskite). The researchers discovered that the free electrons decay much faster under pressure and they expected the emission of light to also be reduced. “But the contrary happened; we saw a doubling of the light emission”, says AMOLF PhD student Tianyi Wang. “This result just would not make sense in the traditional picture of a semiconductor, and we re-measured many times to confirm that it was not an experimental artefact. “

Theory confirmed
The theory of a dual bandgap structure for perovskite materials also predicts that under pressure, the protection of free electrons by the indirect bandgap fades, and the material behaves more like a conventional direct bandgap semiconductor. “With this theory in mind, our experimental data suddenly did make perfect sense,” says Benjamin Daiber from AMOLF. His colleague Aron Walsh from Imperial College was glad to see his prediction confirmed in the experiment:  “Of course we strongly believe in the theoretical prediction, but without experimental evidence, it is much harder to convince the scientific community we solved part of the perovskite puzzle.”

Ehrler acknowledges that perovskite materials have not revealed all their mysteries yet. “The next step is to investigate which part of the perovskite crystal structure is responsible for the unusual band structures we found and discover what kind of bandgap would be best for solar cells and other applications”, he says. “Our results suggest that we can change the properties of perovskite semiconductors fundamentally. This may lead to more efficient light emitting diodes (LEDs) and lasers made from perovskite materials. It further creates opportunities to better control the development of completely new materials.