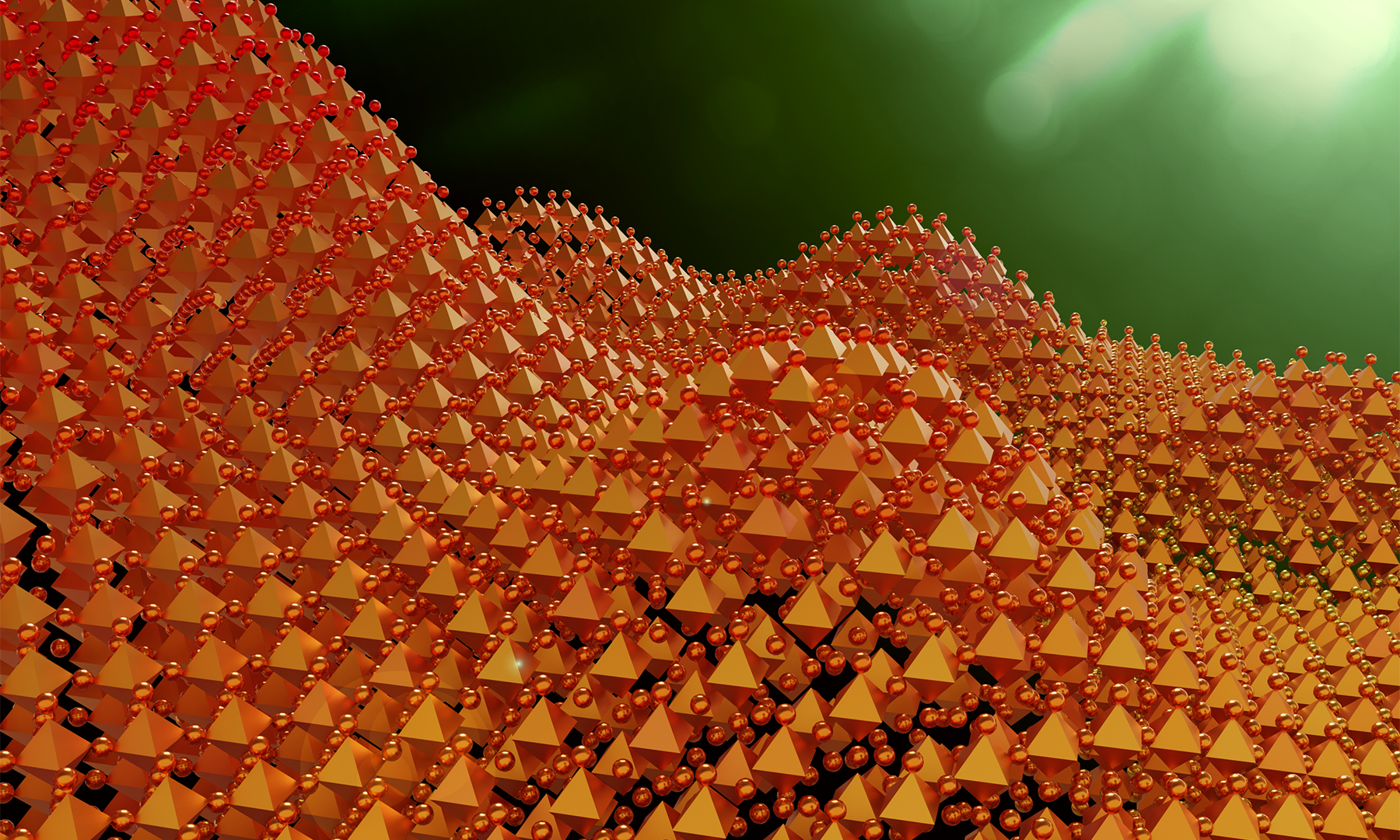 A novel and highly promising material for solar cells, halide perovskites, is more stable and consequently more efficient if just one ion is substituted. Researchers from AMOLF revealed in an unexpected manner why this is the case: pressure plays an important role. They published their findings on July 15th in Cell Reports Physical Science.

Solar cells produced from a combination of silicon and perovskite – especially the variant with mixed halides such as iodine and bromine – can be more efficient and cheaper than the traditional silicon solar cells because they convert a greater proportion of the sunlight into electricity. However, perovskites degrade under the influence of light, and so they cannot be used yet for commercial applications. Substituting the cation (positively charged ion) in the structure improves the stability. Researchers from AMOLF have now revealed that this improvement arises from compression of the structure, comparable to applying considerable pressure on it.

Chemical intuition
A perovskite consists of a lead ion surrounded by halide ions, such as iodine and bromine ions. This forms a 3D structure with cages that are filled with a cation such as methylammonium. The problem is that if the structure is illuminated, separate areas arise in the material where either mainly iodine ions or mainly bromine ions occur. The advantage of the iodine-bromine mixture in the perovskites is then lost: a large part of the light spectrum is converted into heat instead of electricity.

Eline Hutter, a chemist by training and until this year a researcher at AMOLF, thought that the spontaneous separation of the halides might be prevented by subjecting the material to high pressure. “At the time, I did not exactly know why. I called it chemical intuition.”

Challenging experiments
Fortunately, the Hybrid Solar Cells group at AMOLF possesses a set-up that was very useful in this case: a Transient Absorption Spectrometer (TAS) that can measure the electronic properties of perovskites under very high pressure. “There is no other comparable set-up that combines TAS with a pressure cell in the world,” says group leader Bruno Ehrler. “But I was initially skeptical about Eline’s idea, in part because experiments that we would have to do seemed too challenging.”

Together with her colleague Loreta Muscarella, Eline Hutter managed to use this set-up to measure what happens with the material after it has been illuminated. “If there is no pressure on the material, we observe a separation of bromine and iodine. Under 3000 bar of pressure, we see that separation no longer occurs.”

Practical solution
This result confirmed Hutter’s hypothesis that the free volume in the material, and accordingly the pressure, plays a crucial role in the separation of the halides. Producing a solar cell that is under such a high pressure is impractical. However, there is a very practical solution for that, explains Hutter. “If we replace the cation in the cages of the perovskite with a smaller cation such as cesium, a so-called chemical contraction takes place. The entire structure shrinks, just like earth that dries out and contracts. The effect is exactly the same as subjecting the material to high pressure.”

Hutter and her colleagues subsequently used the TAS to demonstrate that in this chemically compressed perovskite, the separation of iodine and bromine no longer occurred. With this, they demonstrated that a forgotten aspect of the theory is important: the volume of the material was previously excluded from the calculations, says Hutter. “In my view, what makes this research so interesting is the link between the external and internal pressure.”

Stability ensured
This is a vital discovery to make perovskites stable, adds Ehrler. “The focus has mostly been on the kinetics: delaying the movement of the ions to slow the separation. Now we have demonstrated that increasing the pressure, changes the thermodynamics: the ions move just as fast, but the iodine and bromine separating is no longer energetically favorable. So that segregation does not happen anymore.” 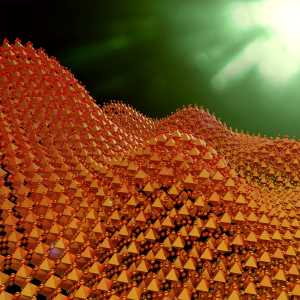 Figure: Segregation of bromide and iodide in perovskites results in an inhomogeneous energy landscape, depicted as hills and valleys. At high pressure, the iodide and bromide remain homogeneously distributed, so that the perovskites maintain their favorable properties for solar cells. Image credit: THISillustrations.com