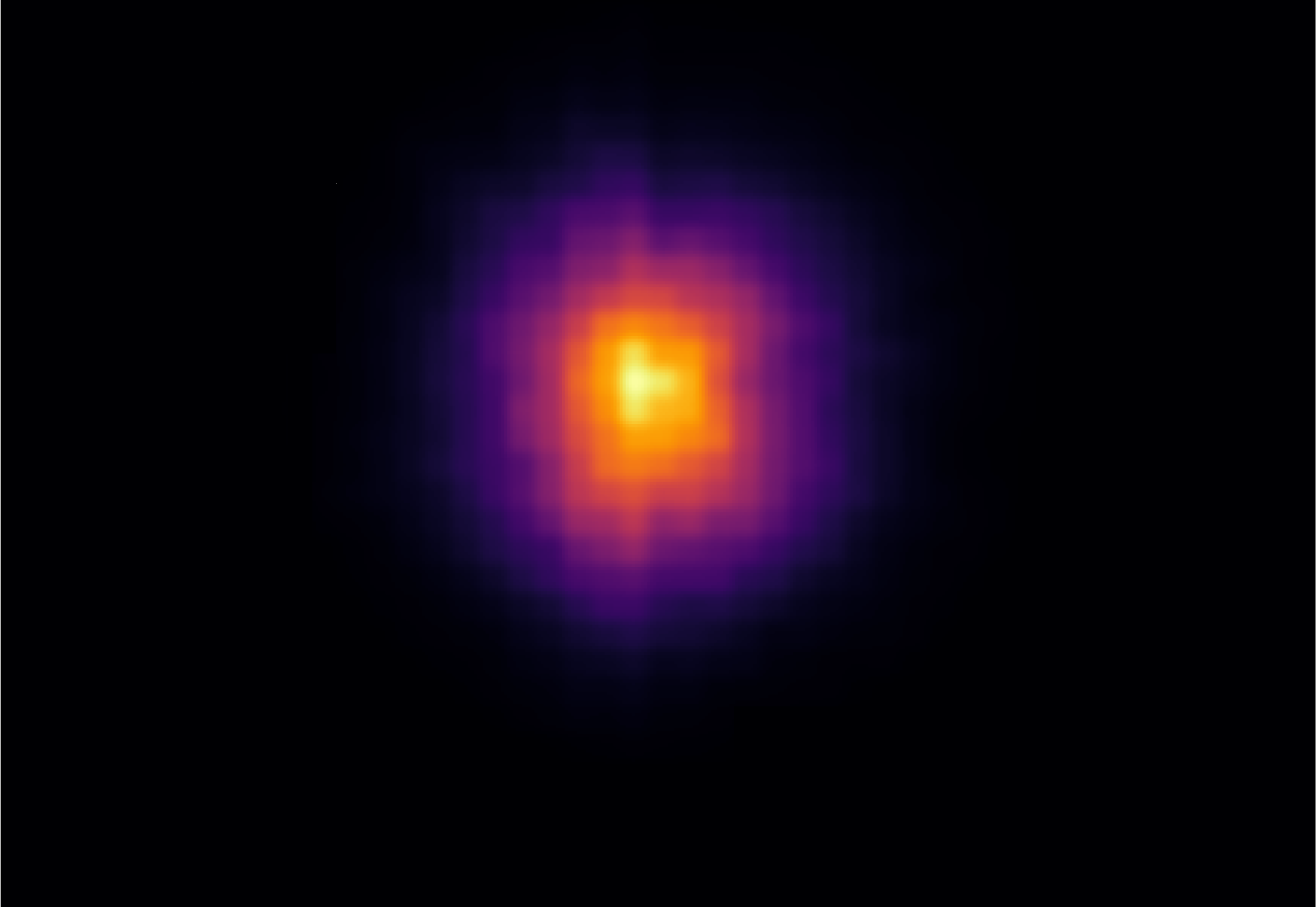 Physicists at AMOLF have managed to cool a swinging nanosized string to near-zero temperature without using external refrigeration. In their experiment, the cooling is an intrinsic result of the ‘snapshot’ position measurement they did on a specially designed nanostructure. The snapshot method, developed in AMOLF’s Photonic Forces group, offers opportunities for new applications in quantum sensing with unprecedented sensitivity.
The researchers describe their findings in an article that is published on September 9th and is marked as “Editor’s suggestion” in Physical Review Letters.

A swing in the playground will hardly move until someone gives it a push, but a nanosized swing (or a nanomechanical resonator in the jargon) is always moving due to random thermal vibrations. “The conventional method to measure a nanoswing’s position accurately has limited predictive power, because the data is averaged over time”, group leader Ewold Verhagen explains. “Before the measurement is over, the influence of temperature has already changed the position with a random amount.”
Thus, to acquire accurate knowledge of the swing’s position at any point in time thermal motion needs to be eliminated. “To really know where the object is you need a (near) zero temperature”, says Verhagen. “In experiments with time-averaged position measurements, this is usually achieved by physically refrigerating the experiment to almost zero Kelvin.”

Measuring = cooling
The Photonic Forces group at AMOLF developed a different approach by using laser light to take accurate and almost instantaneous measurements (snapshots) of the position of the nanoscale structure: a small silicon double rod that vibrates like a string. “The design of our nanoswing allows it to interact strongly with the laser light that we use to measure its position. The fact that we take a snapshot instead of a time-averaged measurement, is crucial”, says Verhagen. “Since 1978, scientists in Russia and Austria have proposed to use measurements whose duration is much shorter than the swinging period and the time it takes for the nanoswing to interact with its thermal environment. We now demonstrated that the snapshots allow us to accurately predict the nanoswing’s position, even without external refrigeration. The measurement itself cancels thermal uncertainty and thus cools the nanoswing as much as an external cooling method would do.”

Quantum fluctuations
While they are not the first group that demonstrates the snapshot principle, Verhagen and his team have reached an unprecedented measurement accuracy that not only eliminates the thermal vibrations, but also comes within the range of even smaller quantum fluctuations of the nanoswings. Verhagen: “Such quantum fluctuations persist even at absolute zero temperature. Thus, they normally set a limit to the sensitivity of mechanical measurements. But theoretically, fast snapshot measurements are not subject to the limitation of quantum fluctuations. Therefore, our findings may well lead to new applications in quantum sensors. Ideally, we would like to develop sensing methods with less noise than the best (time-averaged) sensing methods in a zero Kelvin environment. ”

Collaboration with Finland
First author Juha Muhonen worked on the snapshot method as a postdoc in the Photonic Forces group. Recently, he started his own research group at the University of Jyväskylä, Finland, where he will continue to explore the principle towards quantum sensing applications. His research is supported by an ERC Starting Grant that he acquired this month.

Illustration
The snapshot measurements allow to characterize the quantum state of the mechanical resonator (nanoswing), i.e. the distribution of position and momentum (velocity). It looks like a blob, which represents how far off a prediction of position and momentum was from the truth: a smaller blob is a better prediction, and the width thus tells something about the effective temperature. 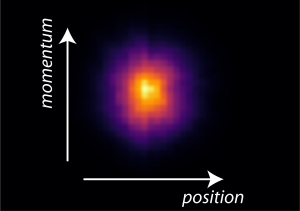