As of November 1st, Said Rodriguez will be appointed as AMOLF tenure track group leader. Rodriguez will start a new group on Interacting Photons in the Nanophotonics research theme. 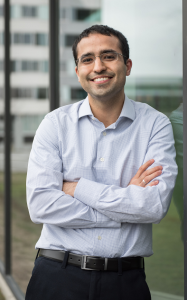 In July 2017, Rodriguez was awarded an NWO Veni grant of 250.000 euro for his proposal on Photonic transport through complex nonlinear systems: using noise to transmit a signal. Rodriguez will carry out this research project at AMOLF in collaboration with the group of professor Mosk at Utrecht University.