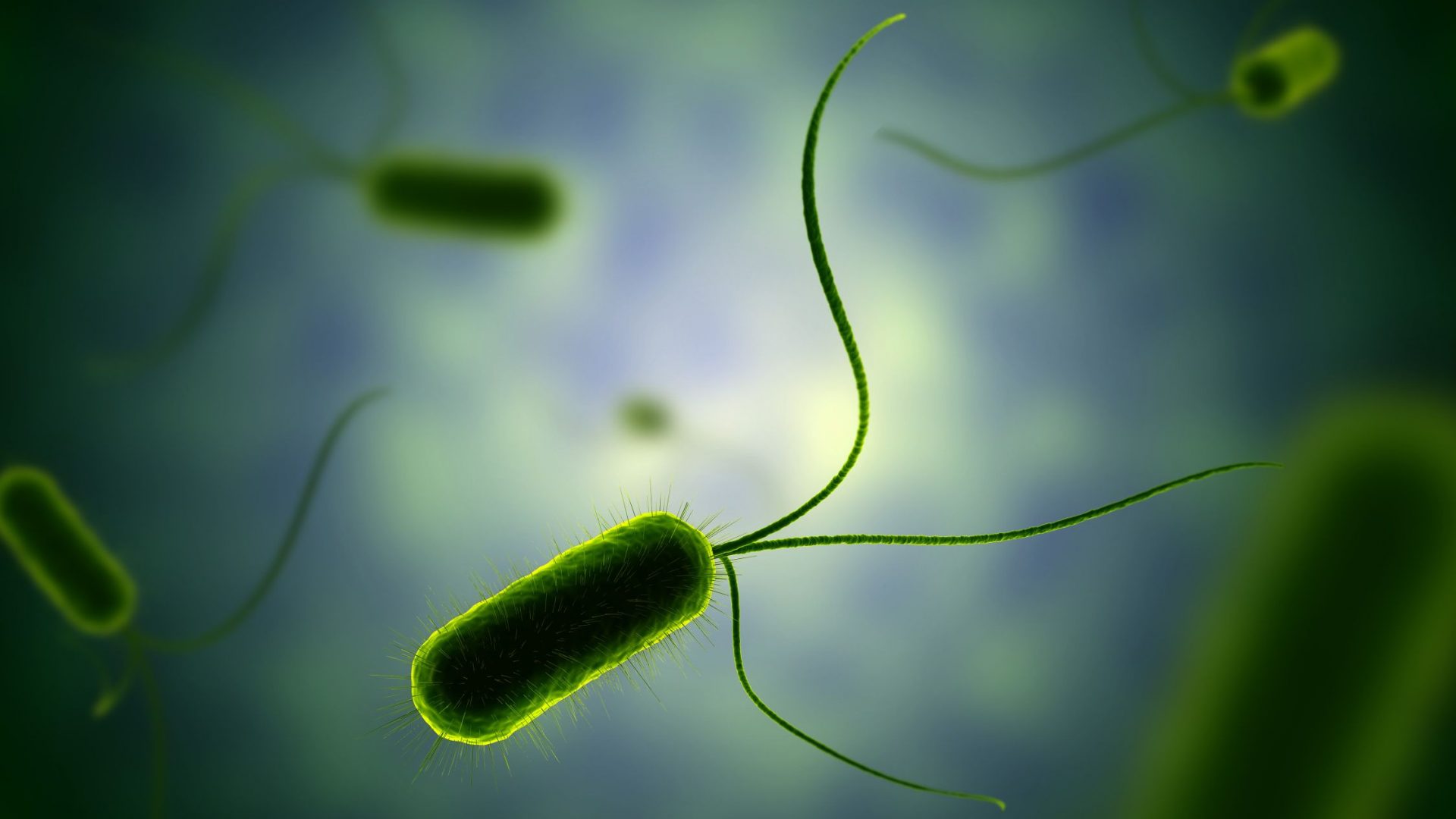 Personality and mood swings in bacteria

Bacteria can control where they go using a signaling network of protein molecules. Scientists at AMOLF have developed a microscopy method that allows them to see how individual bacteria use this network to make decisions.They discovered that bacteria are surprisingly diverse in personality and mood. The team publishes its findings in the scientific journal eLife on December 12, 2017. 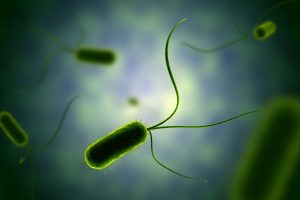 Artist impression of an E. coli bacterium that moves by means of flagella

Bacteria, being single-celled organisms, do not have a nervous system, but are able to control their movements using a network of protein molecules that interact in a special way, much like the nerve cell circuits in our brain. “For example E.coli, a harmless bacterium that lives in our gut, ‘knows’ how to interrupt its otherwise straight swimming motion by occasional tumbles that sets it off in a new, random direction,” says Tom Shimizu, group leader of AMOLF’s Systems Biology group. “E.coli uses sensor proteins to detect things like food molecules or toxic chemicals to decide whether life is getting better or worse as it swims, and controls how often it tumbles to make sure it ends up in a good place.”

Zooming in on single cells
For many years, researchers have studied how these molecular circuits in bacteria like E.coli respond to changes in their surroundings, but this relied on experiments where the signal had to be averaged over hundreds of cells. Johannes Keegstra, a PhD student in the group of Shimizu, led the effort to develop a microscopy method that enables researchers to see how the protein network in each individual bacterium responds to changes in the environment, for example, the abundance of food.

Personality
The bacteria used in the experiments had exactly the same DNA sequence (like identical twins) and were also grown under identical conditions. Nevertheless, the researchers discovered that the protein network in each of them behaves differently in the same chemical environment. “Each bacterium seems to have its own personality,” Keegstra says. “For example, we found that the chemical concentration to which bacteria respond, varies considerably between bacteria.”

Mood
Apart from the clear differences in responses between bacteria (personality), Shimizu and Keegstra also saw that within each bacterium, the molecular activity could change considerably over time. They witnessed that the way protein molecules in bacteria interact to control movement is not steady, but is constantly varying in time, even in ‘quiet’ environments with no changes in the amount of food or toxins. This ‘moodiness’ of cells means that the mechanism with which they ‘decide’ to tumble or swim straight on, does not receive a steady input, but instead an input that varies randomly.

The researchers believe these varying molecular messages must be caused by chance events within the cell. “We think that the bacterial individuality we found is not due to either nature (DNA sequences) or nurture (features of the environment), but rather to random events like molecular collisions inside the bacterium’s single cell, a classic example of what physicists call ‘noise’,” Shimizu says. “Importantly, the bacteria did not produce any new proteins during the experiment. This means that while differences in personality could be caused by differences in protein levels between bacteria, the mood swings had to be the result of noise in how these proteins interact in each bacterium.”

Random search for food
“We were really surprised by how drastic their mood swings are,” Keegstra adds. “And because we know the bacteria can prevent these messenger molecules from interacting so randomly, we think they likely do this for a purpose.”
The unsteady control of movement may be advantageous when food is scarce. In that case the game is less about responding to sensory cues (like odors) and more about efficiently exploring empty space to locate rare resources. Temperamental bacteria would do better at exploring large featureless areas because their moodiness helps to avoid coming back to the same place.
Keegstra: “The considerable variation in how moody the bacteria are could mean that some bacteria act as scouts that explore far away territories for occasional but large gains, while others remain nearby and efficiently exploit local resources. Such a division of labor could be useful for the population as a whole.”

The new insights on noise in biochemical networks create biotechnological opportunities, helping engineers to build systems (like bacteria producing insulin, for example) that are either more robust to noise or make use of it optimally. The findings on more steady differences (personality) in bacterial behavior can also impact medical strategies to target pathogenic bacteria without harming good bacteria.

Co-publication
The study at AMOLF was co-published in eLife with a second paper, ‘Multiple sources of slow activity fluctuations in a bacterial chemosensory network’, by R. Colin and V. Sourjik of the Max-Planck Institute of Terresterial Microbiology https://doi.org/10.7554/eLife.26796 (Open Access)