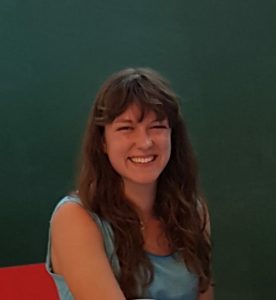 At the 2020 Virtual MRS Fall Meeting, PhD student Susan Rigter has won two awards with her poster Amorphous Halide Perovskite Thin Films. First, the Materials Research Society announced that she had won the Best Poster Award in the symposium, followed by the news that she was also shortlisted for best poster at the overall conference sponsored by ACS Energy Letters. Like a cherry on the cake, Rigter also received this second prize for her poster.

The MRS conference is the largest and most important conference on materials research. Group leader Erik Garnett is proud of his PhD student and says, “I can’t think of anyone I’ve known who has ever won the poster prize at MRS, though I’ve known hundreds of top people who have presented posters there.”