In this thesis we focus on an understudied cytoskeletal protein known asseptin, which likely acts as a linker between the actomyosin cortex and theplasma membrane. Like actin, septin is found mostly at the cell cortex, formsfilamentous structures, and is important to maintain cell rigidity. Septins areimportant in a variety of cell functions that involve cell shape changes, like celldivision and migration. They interact with actin and microtubules, contribut-ing to cytoskeletal crosstalk. Moreover, septins provide diffusion barriers atspecialized regions of the cell membrane, especially in regions where the plasmamembrane exhibits high curvature. The available data suggest that 1) septinsthemselves can locally influence cell shape and rigidity, and that 2) septins canact as linkers of actomyosin to the plasma membrane, allowing for the trans-duction of actomyosin forces directly to the plasma membrane. However, thereis a lack of knowledge on the assembly properties of septins, alone and in thepresence of lipid membranes.The main goal of this thesis is to understand how septins assemble into higherorder filamentous structures, and how these structures allow septins to performtheir functions at the cell cortex. To simplify the complex cell environment,we designin vitroreconstitution experiments based on recombinantly expressedseptins from the genetic model organismDrosophila melanogaster. 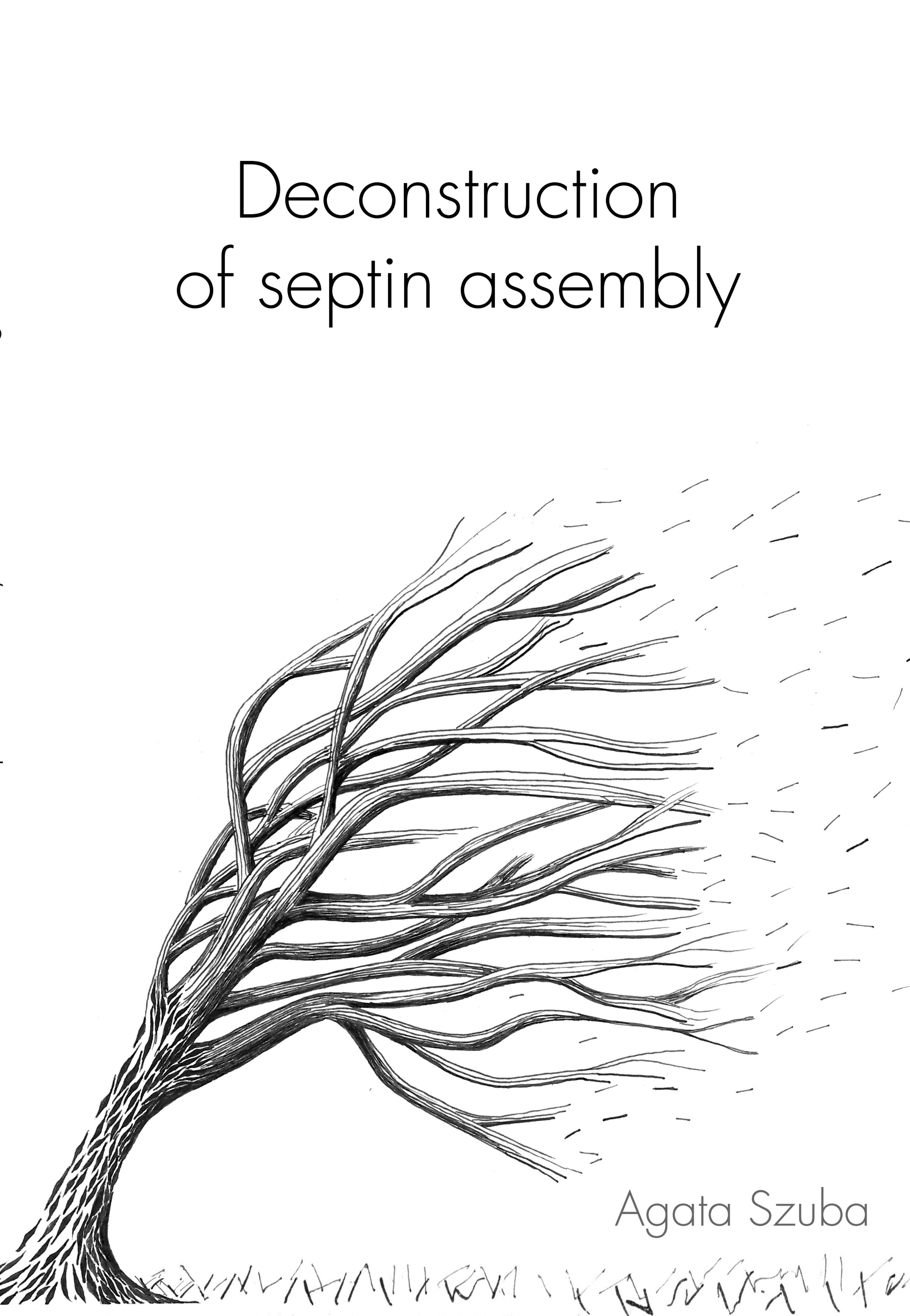