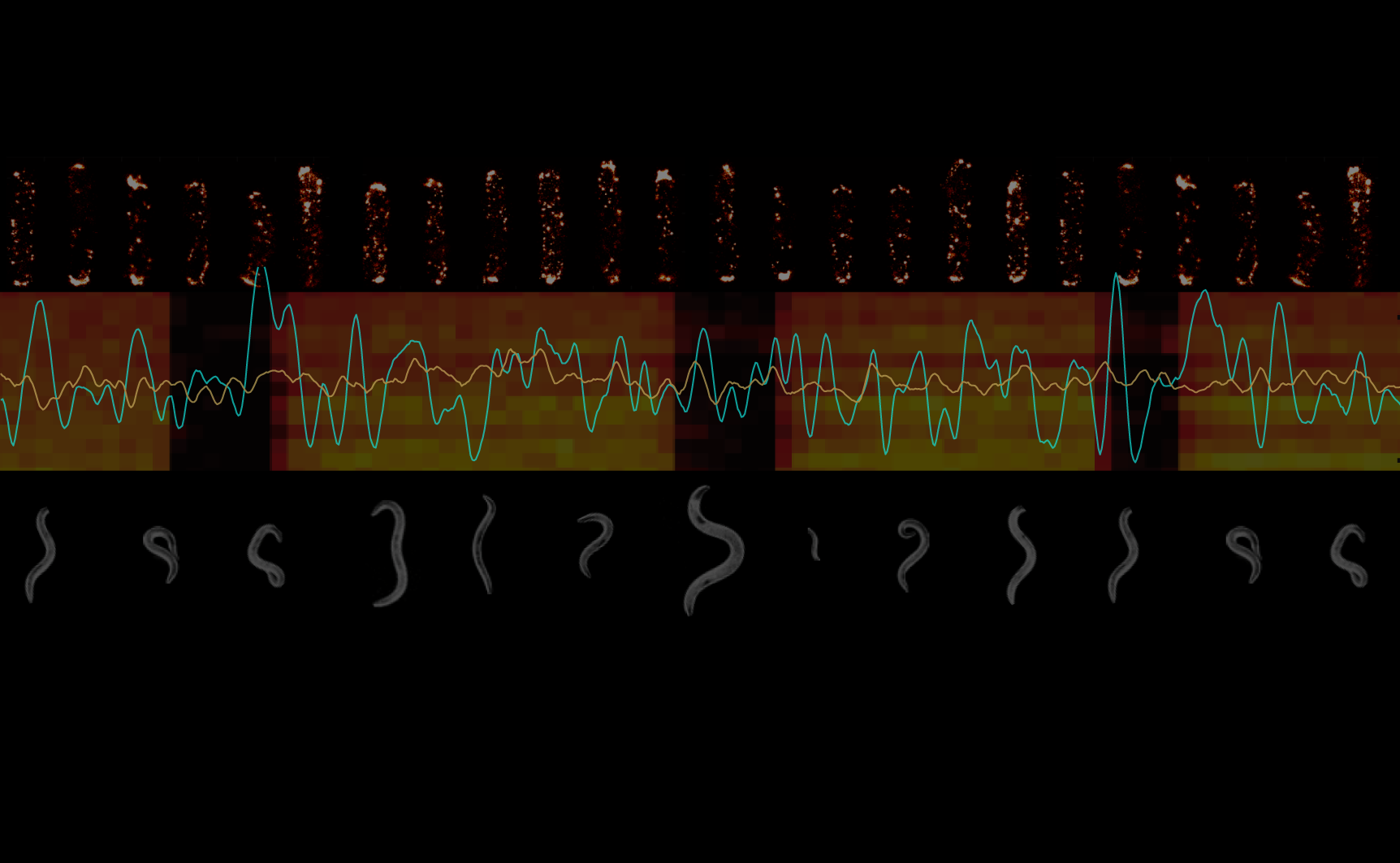 Back to Research page

We have developed a FRET microscopy method that allows measurements of protein signaling dynamics in individual bacteria1.

We want to understand the design of intracellular signaling networks, both in terms of mechanism and function. For this purpose, it is crucial to characterize the dynamic response of the network to input stimuli. The pathway used by the bacterium Escherichia coli to sense chemical gradients is an excellent example of a simple signaling circuit (Fig. 1) that performs a well-defined function.

In vivo FRET measurements of signaling dynamics
We use Förster resonance energy transfer (FRET) to study the dynamic input-output relations of signaling in living cells. Responses to time-varying stimuli applied in microfluidic chambers reveal the essential input/output relationships of the system, to reveal the “shape” of the essential transfer functions (Fig. 2). These measurements form the basis for studying both their functional implications, as well as their mechanistic implementation at the molecular level2,3,4.

FRET in single bacteria reveals signaling variability
Wile FRET has been a powerful tool for investigating signaling dynamics in vivo, the technique is applied to bacteria mostly at the population level, due to the small size of cells and relatively low copy number of labeled proteins. We have extended in vivo FRET to the single-cell level, to enable measurement of signaling dynamics in individual cells (Fig. 3). These measurements reveal pervasive variability in signaling, between cells in a population, and within single cells across time1. Such data strongly constrain mechanistic models of signaling2,5, and provide new insights regarding the functional consequences of molecular noise6,7.

Fig. 3. Single-cell FRET measurements of signaling dynamics. (Left) Movies of FRET donor (CheZ-YFP) and acceptor (CheY-RFP) signals are acquired simultaneously and segmented to compute single-cell FRET signals. (Right) FRET response time series of individual cells from an experiment in which all cells were simultaneously stimulated with a step change in the ligand signal, [L](t). The single-cell responses, FRETi(t), demonstrate substantial differences from one another, as well as the population averaged response, <FRET(t)>.