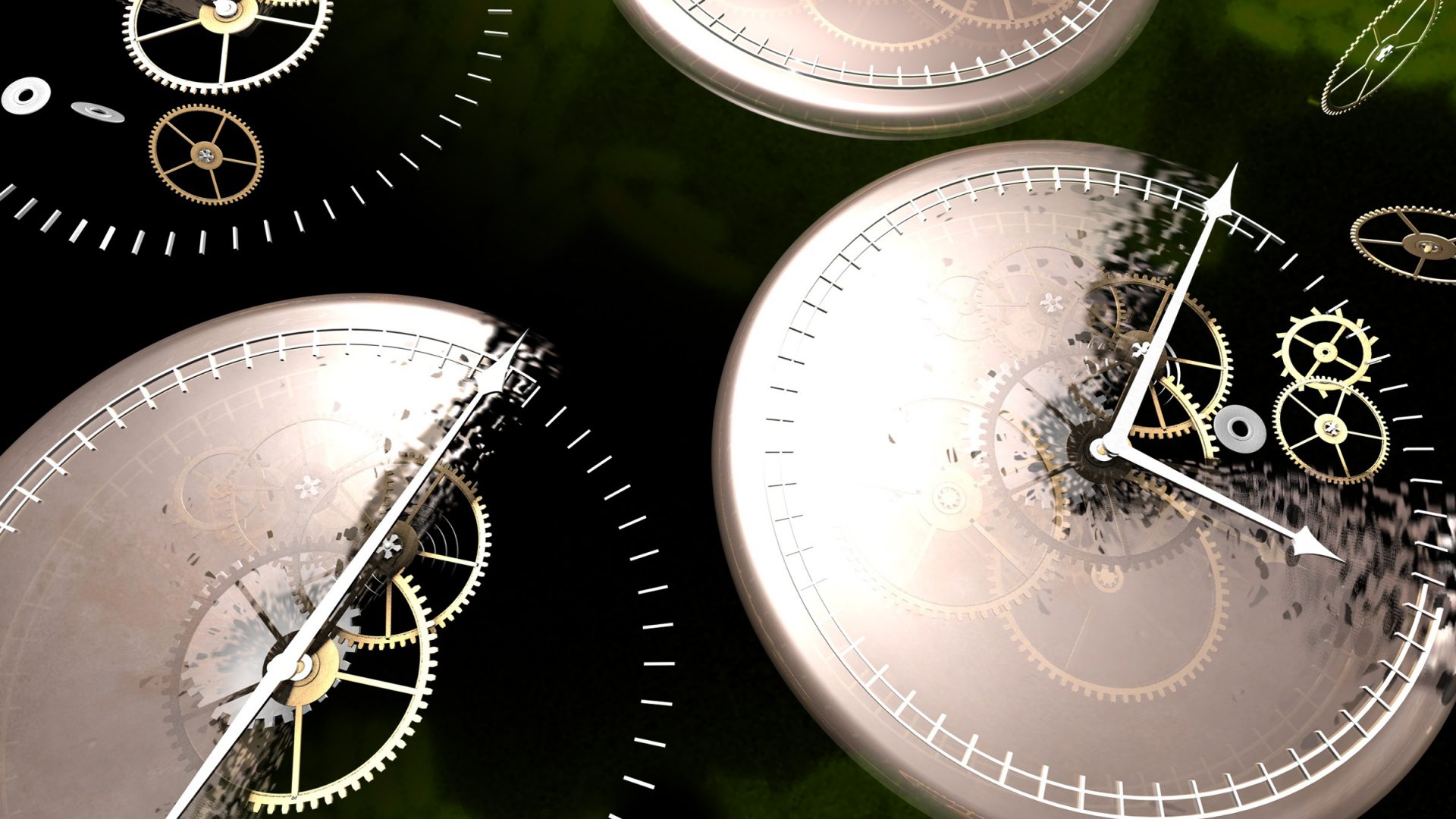 Background
Many equilibrium and non-equilibrium systems exhibit bistability or multistability, with switching events between the different metastable states that are rare. Examples of such rare events are condensation, crystal nucleation, protein folding, protein translocation across cellular membranes, membrane pore formation, crashes at stock markets, traffic jams, and rare events in biochemical networks such as those that drive the cell cycle and cell differentiation. The hallmark of rare events is that the average waiting time between the events is orders of magnitude longer than the timescale of the switching event itself. This feature makes rare events difficult to study experimentally. Computer simulations are a potentially powerful tool to study these events. However, conventional, brute-force numerical techniques cannot be used, precisely because rare events are rare: during a brute-force simulation, few, if any, events are likely to happen in the accessible simulation time, and the majority of CPU time is wasted on simulating the uneventful, uninteresting waiting time in between the events.

Existing techniques
In the field of soft-condensed matter physics, a number of numerical techniques have been developed that make it possible to simulate rare events efficiently. Examples are the Bennett-Chandler scheme and transition path sampling. However, these techniques rely on knowledge of the phase-space density, and, as such, they are limited to equilibrium systems that obey detailed balance and microscopic reversibility.

FFS
We have developed a class of techniques, called Forward Flux Sampling (FFS) [1,2,3], which does not require prior knowledge of the stationary distribution or phase-space density. Indeed, FFS allows the efficient simulation of rare events in both equilibrium and non-equilibrium systems. The latter constitutes a host of problems that so far have been greatly ignored, such as crystal nucleation under shear, polymer conformational transitions in hydrodynamic flows, driven transport through cell membranes, and rare events in biochemical networks.

The idea
The principal idea of FFS is to lay down a series of interfaces in state space between the initial and final state, and use these interfaces to drive the system over the barrier in a ratchet-like manner (see Fig.1). FFS can be implemented as a simple shell wrapped around the stochastic dynamics scheme that is used to propagate the system forward in time, like Brownian Dynamics, Langevin Dynamics, or Monte Carlo. 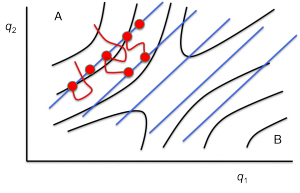 Fig.1. Overview of FFS, with a cartoon of a contour plot of a ‘free-energy’ landscape with the black lines denoting contour lines of equal free energy. The crux of FFS is to lay down a series of interfaces λi in state space (denoted in blue) between the initial state A and the final state B, and use these interfaces to drive the system over the barrier. The transition rate kAB can be written as the product of two factors: 1) the steady-state flux ΦA of trajectories leaving state A; 2) the probability P(λB| λ1)=πiP(λi+1| λi) that a trajectory that leaves state A makes it to state B before it returns to A. The idea of FFS is to first perform a brute-force simulation in state A; this yields an ensemble of points at the first interface λ1 (red circles), and gives an estimate for the flux ΦA (the number of trajectories crossing λ1 per unit amount of time). In the second stage one then selects a point at random from this ensemble, and fires off a trajectory (red line) which is then propagated till it either crosses the next interface λ2 or returns to A; repeating this creates an ensemble of points at the next interface λ2, and yields an estimate for P(λ2| λ1). Repeating this procedure for each interface λi, makes it possible to estimate P(λB| λ1)=πiP(λi+1| λi), and finally the rate constant kAB =ΦA P(λB| λ1). The algorithm described above is the original FFS scheme; in [2] and [3], two other variants are described.