As of March 1st, Jeroen van Zon has been appointed group leader within the Systems Biophysics department at AMOLF. His ‘Quantitative Developmental Biology’ research group will use a quantitative, physics-inspired approach to study problems in developmental biology, focusing on the small roundworm C. elegans. The aim of research is to elucidate how living organisms can reliably build their bodies during development, despite considerable underlying variability on the molecular level. The group will use a combination of fluorescence microscopy, microfluidics and mathematical modelling to study these questions.

Jeroen van Zon obtained his degree in Physics (2002) and his PhD degree in Theoretical Physics (2006) at the Vrije Universiteit Amsterdam. For his PhD research, he worked on the statistical physics of granular materials with Prof. Fred MacKintosh and on the modelling of biological networks with Prof. Pieter Rein ten Wolde (AMOLF). In 2006, he moved to Imperial College London, where he continued modelling biological systems, working with Prof. Martin Howard on the mechanics of phagocytosis and on the regulation of DNA segregation in bacteria, both in close collaboration with biologists. In 2008, he was awarded a Human Frontier Science Program fellowship to work as a postdoctoral fellow at the Massachusetts Institute of Technology (USA) in the group of Prof. Alexander van Oudenaarden, where he performed experiments to study the role of molecular noise and variability in cell fate patterning during C. elegans organ development. 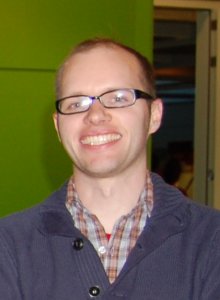